Productivity? How the hell did that happen?

Ok, first I have to tell you about something that happened to me before I went to bed, you see, just when as I was about to hit the sack I saw something small enter my room. It was a moth! I actually bugs (except roaches, flies and those kind of pests), so immediately tried to get it out of the house with out hurting it. It was very still, so I just put a glass on it and slid a piece of paper under it. The moment the paper touched the moth, it went into a flying frenzy... And stopped. It didn't move a bit even when I left him outside the window, but I'm hoping the bug is O.K.. I'm no entomologist, but I doubt he bug died of fright or something like that....

Anyway onto cooler stuff! My wall of prints is nearly complete! 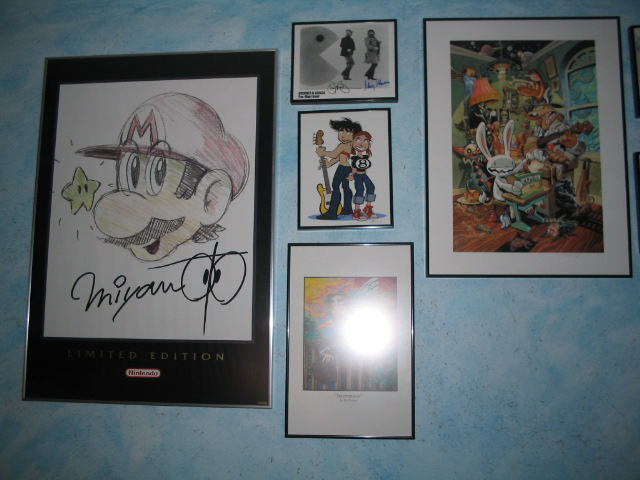 The first one is a Miyamoto print I got from the Nintendo Europe Star Catalog, it was one of the first items they had up there, if you don't know who it is on the print, I don't think you've ever visted my LJ before....

Then there is the Buckner & Garcia signed photo, which I got with the Pac-Man Fever CD...

And of course, the first print I actually payed for (worth every cent) is a Wapsi Square print from Paul Taylor! :D

You can see it very well (the flash ruined it, and I'm too lazy to try to get THAT perfect), but the next one is a Jin Wicked.

And then a Sam & Max print from Steve Purcell! I love this one! It has so much detail in it! No matter how much I look at it, it seem to have something I didn't notice the last time I looked! 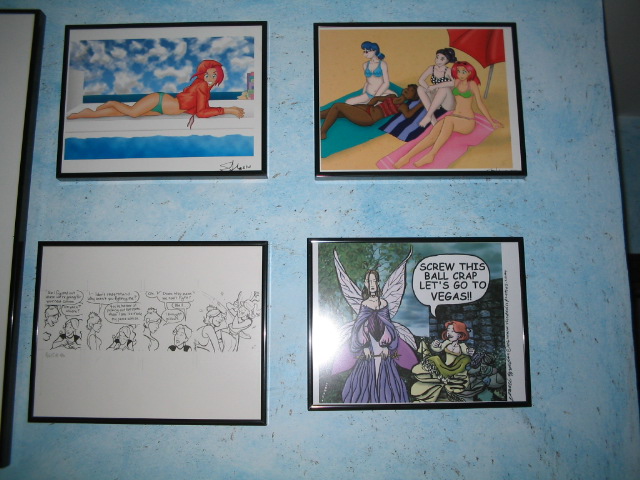 And now we have TWO Candi prints! (Thanks a million, Starline!)

An original strip from Girls with Slingshots! SWEET!

And a Devill's Panties print too!


But there's more! While on my way to pick up the final framed print (I'm still waiting for the David Willis one. DAMN YOU, WILLIS!), I entered a candy store that sold prank props. They  had the fake stache I need for.... 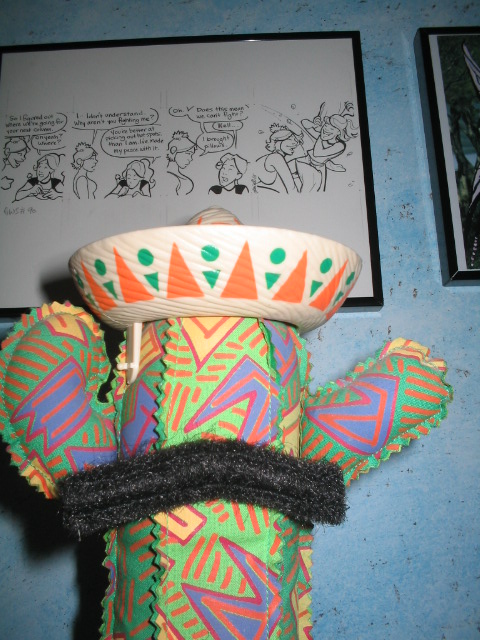 ACK! It's Mc Pedro? ACK! It still need lots of work! He needs a smile at least!

Anyways, I still have tons of stuff to do, but I had to post this before I got busy and forgot all about it!
Subscribe